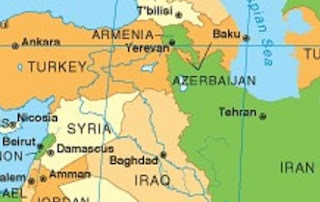 What do I conclude after viewing all these candidates through an Armenian lens? So far, not enough to cast my vote—but more than enough to make me think twice before I do.
Posted by Douglas Kalajian at 4:22 PM