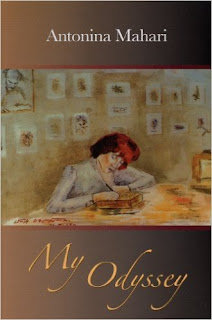 Shish kebab may not sound Armenian but it makes me happy -- and that's what counts.

Do you own the food you eat?

I’m not asking to see the receipt for the Big Mac and fries you wolfed down at lunch. I’m talking about ownership in the broad, cultural sense. I’ve heard the question asked a number of ways—occasionally profanely—since my wife and I created TheArmenianKitchen.com seven years ago.

In my case, that would include lasagna and hot fudge sundaes. But I’ve always shown more discipline in writing than in eating, so we’ve been able to focus on the dishes that bring back memories of our mothers’ and grandmothers’ kitchens.

That still adds up to a long and incredibly varied menu. Armenia’s history of repeated invasions brought the tastes from many pots to the homeland while scattering refugees across the globe.

Traditional Armenian recipes evolved in different ways in all those places. So did Armenians’ palates, and so did Armenians themselves. We hear almost every day from readers with Irish or Italian names who want help recreating a dish they remember their “Armenian grandmother” used to make.

What better way to stay connected to each other as well as to our shared past?

For me, and for many Armenians, there’s no food memory more powerful or more mouth-watering than shish kebab. My family ate Armenian food almost daily when I was growing up, but shish kebab always signified a special occasion.

Or maybe it just made any occasion special. It’s a far simpler dish than many that Mom made more often but the ritual involved all of us.

The meat had to come from an Armenian or Syrian butcher who knew lamb and had the skill to cut it properly. My mother was in charge of seasoning and marinating the meat overnight, then skewering and salting it just before cooking.

When I was old enough, I got into the act by making the fire, always starting with kindling wood because Dad said lighter fluid ruined the taste of the meat no matter how long you waited for it to evaporate. And make no mistake, the kebab had to be cooked outdoors over a flame, never in the oven.

Rain might delay the meal but it was never an excuse to cheat. My wife remembers her father moving the grill into the garage as they tried to chase the smoke out the open door. I remember my father hoisting ours into the back of his station wagon and finishing the kebab as we drove home from the park in a downpour.

Like all Armenian fathers, mine was in charge of the actual kebab cooking, turning the skewers regularly so the meat seared evenly. Mom, meanwhile, prepared the bulgur pilaf and salad but I never wandered far. I’d stay by the fireside breathing in the smoky aroma of roasting meat, onions and tomatoes while waiting to taste the first piece and pronounce it done.

Then I’d watch Dad slide the meat off the skewers using a ragged chunk of bread as a cushion. Every Armenian father did the same, and every Armenian kid kept his eye on that bread as it swelled and softened in the juices at the bottom of the pot.

I know siblings who fought over it every time. I was never luckier to be an only child than at kebab time.

Whenever I make my own kebab, my head swells with memories of these countless childhood barbecues and picnics – and, of course, of my parents. My wife has the same reaction. Making kebab together is a very real and wonderful way of sharing our early lives as we tell kebab stories until we’ve swallowed the least bite.

Apparently lots of folks share this experience or, perhaps, wish they did. Back in 2010, I posted a video on YouTube titled How To Make Shish Kebab. I got an email the other day notifying me that the video had passed 100,000 views.

This astounds me as much as it pleases me that I somehow lured 100,000-or-so people away from the latest zombie movie or Wheel of Fortune rerun to watch me broil lamb the Armenian way.

Because YouTube allows comments, I know lots of folks found the video informative and enjoyable. Many added their own thoughts about seasonings or cooking techniques – all to the good. As I say on the video, every family has its own ideas about the “right” way to make kebab, and I’m happy to sample them all.

But while the reaction from most has been quite positive, some of it was downright nasty. A handful of comments were so ugly that I deleted them to keep the site family friendly. The gist of the crankiest complaints was that shish kebab is not Armenian and that Armenians “stole” not only the name but the very idea of skewering meat from Turks.

It’s clear some of the rowdies hadn’t watched the video. In my narration, I explain that shish kebab is known as khorovatz in Armenia. But how many views would I have racked up with a video called How to Make Khorovatz?

What's the origin of the common name? I’m no linguist, but I can use a dictionary pretty well and I’m a master Googler. The etymology is usually explained as a fusion of Persian kebab and Turkish shish (skewer) – and please don’t bother “correcting” the spelling. Both were long ago anglicized and adopted into American usage.

If you travel, or like to sample various ethnic restaurants, you’ll need to broaden your kebab vocabulary. It’s shashlik to Russians, lahm mishwy to Arabs, souvlaki to Greeks – all remarkably similar in concept, although the type of meat varies by local tradition, availability and religious practice.

Armenians historically favored lamb, but cheaper and more abundant pork is common fare at khorovatz stands in the homeland today. As Muslims, Turks shun pork in favor of lamb, so their kebab is more to my taste.

The idea of skewered meat is generally ascribed to ancient soldiers who used their swords to butcher and roast stray sheep over a campfire. Whose army was first to be so fortuitously hungry and inventive at once?

The Persians make a strong case, while Turks are quite insistent that Turkic tribesmen were wielding shish as well as sabers when they thundered out of Central Asia.
Nobody can be certain, as kebab predates Instagram so we have no photos. But there are drawings that support Greek claims to have invented what appears to be the main ingredient of a souvlaki platter. (I can’t be sure, but I believe the inscription actually says, “No substitutions.”)

Archaeologist have even dug up ancient Greek barbecue grills with holes for skewers.

Until the case (or the kitchen) is closed, I’ll back my own peeps. I believe the legions of King Dikran were first to feast on sizzling swords of lamb seasoned with wild mountain onions and marinated in Armenia’s celebrated red wine.

The less-than-amusing subtext to all this is the international food fight being waged by various nations over claims to the origin of popular dishes. Making a successful legal claim can mean big profits for marketers as well as enhanced prestige for the cuisine’s chefs.

Someone came up with the clever name gastronationalism to describe the intense competition. In recent years, Greeks have successfully put their stamp on feta cheese, as the Lebanese and Israelis grind away at each other over the proper provenance of hummus.

Armenia has joined the battle in response to repeated taunts from Turkey and Azerbaijan. Between them, they’ve claimed just about every dish on the traditional Armenian menu as their own.

After 600 years of occupation, it’s hardly a surprise that Armenians share many food names and customs with Turks, just as we do with Persians, Greeks and other neighbors. But it’s a mistake to automatically attribute Turkish origin to any common dish or technique.

In fact, Armenian chefs were an important presence in Ottoman kitchens until the First World War. There’s no doubt Armenians influenced what’s now known as Turkish cuisine in important ways, just as they influenced other aspects of Ottoman culture.

Like other Armenian achievements, however, much of our culinary inventiveness has been obscured. With so many outside influences, it’s sometimes hard even for Armenians to know if we’re eating our own food.

At least now there's a serious effort underway among experts in Armenia to identity and promote Armenian cuisine. I wish them luck but I won’t be taking part because I’m not equipped – and besides, I’m more interested in eating than in arguing.

I have some lamb marinating right now, and I’m going to fire up the grill just as soon as I finish typing. I can’t think of a better incentive to keep this short.

Posted by Douglas Kalajian at 4:11 PM No comments: