I’ve read and edited plenty of stories about working conditions in the cruise industry.

A common theme is that the sea lanes provide cruise lines a detour around Western labor regulations, allowing the industry to extract maximum work for minimum pay and scant benefits. This is often cited as the reason so few Americans are employed on board.

I got a somewhat different perspective last week, however, when my wife and I took an impromptu cruise from South Florida to Mexico. It was our first cruise since our honeymoon trip to Bermuda 37 years ago, and it was so much fun that we’re ready to sail off again any time.

The crew contributed to our enjoyment in a big way, not only because we liked being served (who wouldn’t?) but because they were unfailingly friendly and professional even late into a very long and obviously hard day.

Raul from Peru, Tatiana from Ukraine, Eddie from the Philippines and so many others spoke enthusiastically about their jobs, and they were clearly thankful for the opportunity to see the world, meet interesting people and hone skills that would serve them well regardless of their next step.

I know that they’d be foolish to tell a stranger they hate their jobs, but I’ve interviewed enough people to know when someone’s giving me a perfunctory answer. This was the real deal.

All of them spoke English well, and some could probably teach it. We found Sonya from Serbia behind the counter of the on-board jewelry shop. She wouldn’t seem out of place in a similar role on Palm Beach, or Manhattan.

When we asked how she learned English so well, she credited her parents with forcing her to attend language classes as a child. “I hated it,” she said. “Now I thank them every day.

We heard many examples of such determination and sense of purpose. They served as a sharp and depressing contrast to the stories of young Americans who seem content to sleep on Mom and Dad’s sofa.

We encountered one of the most inspiring examples on shore at Costa Maya on the southern-most reach of Mexico’s eastern coast just north of Belize. The region forms Mexico’s newest state, carved from jungle less than 50 years ago. There’s still not much commerce there except pineapples and tourism.

The Mayan ruins are a big draw, and we got an excellent sense of them from our young guide, Daniel. He learned the history from his father, who is also a tour guide. Judging by the number of folks hawking sombreros from roadside huts, squiring tourists on an air-conditioned bus is not a bad job in those parts.

But Daniel told us he’d just graduated from the state university with a degree in architecture. His next goal is a master’s degree, and he hopes to earn one at an American university so he can see and learn more of the world beyond Costa Maya.

So he is applying for scholarships, although he knows he will have to work to pay the rest of his expenses. Even before tackling those hurdles, he was about to take an English proficiency exam to show that he could learn in an American classroom.

He was clearly nervous about his chances, but I assured him he’d do just fine. He seemed relieved when I explained that I don’t know much about anything else, but I do have some expertise in the English language. I gave him my email address and asked him to let me know how he makes out.

I was particularly struck by all this because of a recent story in the New York Times about America’s declining labor participation rate, a euphemism for more-or-less voluntary unemployment: Millions of prime-age men and women aren’t working because they don’t want to.

We’ve lost so many high-paying, skilled jobs in so many industries that many of these folks have no option except work that pays much less than they once earned, or think they’re worth.

So instead of working they stay home and wait, but what are they waiting for?

Meanwhile, the ship we sailed on employed more than 1,100 crew members from 47 countries, probably for less money and more hours than jobs that so many Americans consider beneath them.

I wonder how long we can afford to think that way while the rest of the world steams ahead?
Posted by Douglas Kalajian at 12:09 PM No comments: 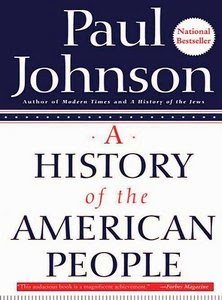 I’ve read just about everything by Manchester, including the first two volumes of his planned Churchill trilogy. I’ve also read just about everything by Paul Reid, which puts me in slightly more select company. Paul and I worked together as feature writers at the Palm Beach Post. He met Manchester when he wrote a story about the author’s reunion with some old Marine buddies. They struck up a friendship, which led to collaboration and eventually to Paul being chosen to complete the final Churchill book after Manchester’s death in 2004. It would be a daunting assignment for any writer, not only because Manchester was a master of words and detail but because the basic story of Churchill’s leadership during the Second World War is so well known. It took Paul eight years to get the job done, and he did it astoundingly well. I learned a great deal about Churchill, but I also got a real feel for what it was like to live through those most challenging times.
Posted by Douglas Kalajian at 10:38 AM 1 comment: