Remembering the man who started the rush, as Florida's population passes New York's 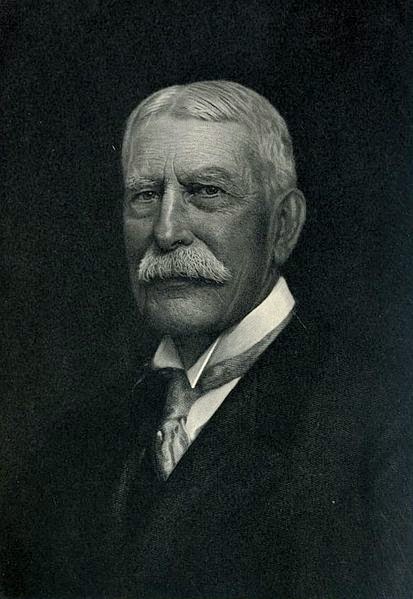 The delight of the Flagler isn’t just in the exhibits but in the place itself, a magnificently restored, 75-room relic of the Gilded Age where a sea of gold leaf shimmers in the glow of chandelier crystals as numerous and luminous as Saturn’s moons.

Built just after the turn of the 20th century, the building originally known as Whitehall was the winter home of Henry Flagler, who may have been America’s most brilliant inventor. He’s usually described as a railroad magnate and founding partner of Standard Oil, but he’s best remembered here as the man who invented Florida.

Of course, Florida had been around for a few million years before Flagler arrived, although much of it was under water most of that time. Eventually the waves receded enough to make way for the folks we called Indians, who were followed by the Spanish.

Then along came Andy Jackson, who single-handedly declared war on both in 1818. Jackson won, and Florida became American territory before graduating to statehood in 1845.

All the essential elements of America’s tropical paradise-to-be were in place—balmy breezes, unrationed sunshine, sugar-white sand—but the place itself was so remote and inaccessible that it might as well have been on the moon.

Flagler didn’t bring Florida closer to the rest of the country, he brought the country to Florida. He built a series of hotels along the Atlantic Ocean and then built a railroad that connected them to each other and to the rest of America.

Countless millions have followed Flagler’s path in the past century. He is celebrated as the father of pretty much every notable city on the state’s East Coast, including Palm Beach and Miami. It was fitting that our visit to Flagler’s home followed the news earlier in the week that Florida had officially passed New York as the nation’s third most populous state.

Like other ultra-wealthy overachievers, Flagler drew a few raspberries along with the cheers. Ida Tarbell, one of America’s original muckraking journalists, revealed that Standard Oil’s dominance resulted from secret deals that drove competitors out of business. The company came to define monopoly and was broken up by the federal government.

The rapid transformation of Florida from lush wetlands to posh resorts led by Flagler’s efforts also caused numerous problems, including long-term damage to the Everglades and other environmental fallout that continues to bedevil the state.

But there’s no question that Flagler was a man of extraordinary vision and equally extraordinary determination. He came to Florida in his 50s, an age when most men of that era were nearly done for, and lived to see his vision become reality.

He died after he slipped and tumbled down Whitehall’s marble staircase at age 83 in 1913. We stood at the foot of those stairs on our visit, marveling at the grand entry hall.

But we bypassed the stairs and took the elevator up to the second floor. I may have followed Flagler’s footsteps to Florida, but that’s as far as I was willing to go.
Posted by Douglas Kalajian at 7:16 PM