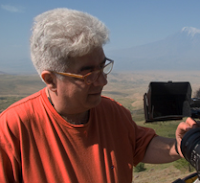 We are not like other people who have to search for their roots; we carry ours with us, because we have no choice. If we work at it, we can nurture them to take hold wherever we find ourselves in this world.
Posted by Douglas Kalajian at 1:55 PM